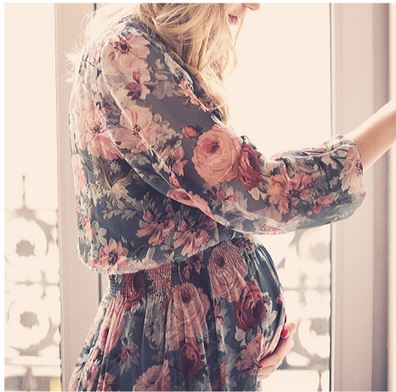 There are things I thought about before getting pregnant, and things I didn’t think I had to think about. One of those things I didn’t think about is the random pains that come with pregnancy. I thought about eventual back pain as pregnancy progressed, and of course contractions when the time came, but I had no idea how many random aches and pains I’d have.

Que me typing in my symptoms on WebMD thinking my appendix is going to burst. Nope, just round ligament pain. I’ve never heard of round ligaments before, but I now know they need to stretch out as the uterus grows, and in the process cause sharp, jabbing pains in the lower abdomen.

Really, the round ligament pains were nothing in comparison to the next pain that slowly started developing. A sore pelvis, almost like I’d bruised it. Except that instead of fading away over time, it’s slowly gotten worse. Separating my legs started getting more and more difficult. It hurt to flip over in bed. Walking was even tough. So, I finally looked up all these bizarre symptoms and came up with Pelvic Girdle Pain.

Essentially, the joints in the pelvis are moving unevenly, causing pain during pretty much everything. I swung my legs out of bed the other morning and thought I might pass out. Also, I’m not able to stand on one leg to put socks or pants on without feeling like dying…. So, there’s that. I’ll give you an update when I figure out what to do about it.

I assumed I had quite a while before the pregnancy belly popped. Maybe 19 or 20 weeks until my clothes stopped fitting right and I had start thinking about maternity clothes. I’ve heard stories of friends of friends who didn’t show until they were 5 months.

I’ve since learned, I’m not one of those people. I woke up at the end of 14 weeks and couldn’t button my pants. And this wasn’t the “I ate too many bagels yesterday” belly bloat, this was a hard, could not be sucked in belly. It was so bad that I had to rush out and buy a belly band because it seemed inappropriate to go to work with my pants unbuttoned.

My coworker taught me the ultra-effective hair elastic looped around your pants button trick for extra protection under the Belly Band, which has extended the time I was able to wear pants. But as well as the Belly Band and the hair elastic worked, the comfort level was lacking. So, here I am, week 17, waiting for my first order of maternity dresses because I plan to spend the rest of my pregnancy in dresses and leggings.

I’m generally someone who’s good at planning and likes to be fully prepared before anything, especially life-changing events. I generally do lots of research; reading, watching videos, asking friends and family, but I completely dropped the ball on this one.

My previous work covered medical and maternity leaves. I never had to use it, but plenty of my co-workers had, so I knew it covered 12 weeks of maternity leave (by covered I mean you got about 85% of what your weekly pay was). I now know that is a pretty sweet benefit, because a lot of places do not cover maternity leave.

The maternity leave options at my current institution are not as sweet. I can use FMLA (the Family Medical Leave Act), which secures my job for 12 weeks, but in order to be paid I need to use my own time – using all sick, vacation, and personal time that I’ve accrued. And when that runs out, going off payroll. Luckily, I have enough time accrued to cover most of my leave.

I also learned that there is the possibility to buy private short-term disability coverage that can be used during maternity leave. Unfortunately, it will not cover preexisting conditions for the first 12 months. So, a 9-month pregnancy that you’re already 4-months into won’t be covered. If I’d done my research earlier, I’d probably have been more prepared, but lesson learned for the next baby.

I’m not someone who enjoys being the center of attention, and I generally keep personal details, well, personal. I knew it would be difficult telling my bosses and coworkers I was expecting, but I had no idea how awkward and anxiety inducing it would be telling even family and friends.

You never know how people are going to take the news, whether they’ll be happy, or weird about it (my 9-year-old niece cried for a good 30 minutes). The onslaught of questions that come after announcing can be painful and emotionally draining. And everyone has an opinion or a personal story to share.

It’s been nice sharing the experience with everyone, and I appreciate all the love and advice and assurance everyone has been giving. But there is a part of me that wished I could have just waited until the baby was born and then told everyone.

I’ve always had this idea that morning sickness, happened in the morning. Much to my surprise, that idea is a so wrong. In fact, I felt fine in the mornings during my first trimester. It was around 11am that I’d start feeling awful.

I know I’m lucky I was never nauseas to the point of being physically sick (to all the mamas out there who are experiencing this, or have experienced, my sincerest apologies). But it still wasn’t enjoyable, and I had no idea what was going on because, again, I assumed morning sickness was in the morning. Finally, I googled why I was so queasy and found out that the term ‘morning’ is used very loosely. Morning sickness can happen anytime of day, and in some cases, it can last all day.

And the only way to appease my all-day-queasies at work was to graze on snacks. Mainly carbs – pretzels, crackers, chips, cereal. There was so much snacking going on that I gained 15 pounds. Even though I discovered it was morning sickness late, like 15 pounds late, I also discovered a bunch of tricks and remedies to help, like ginger anything and vitamin B6, which were both life savers.

As a young adult, I had a part time job at a baby store, and I always thought how fun it would be to make a registry. Couples walking around together, picking out their baby’s furniture, and playthings, and clothes. Fast forward to now, I’m starting a registry and it’s honestly bananas.

There are so many items to choose from, and so many decisions to be made. Like do we want a rocker or a glider, or do we even need one at all? Do we invest in a crib that converts into a toddler bed, then into a full bed like some sort of freaking transformer? And don’t get me started on all the different types of bottles.

I’ve only been able to spend short amounts of time registering because it’s so overwhelming. And most of the items on my registry are the same thing, but different brands and styles. Like 5 travel systems, all claiming to be the best and most efficient. Internet shopping is lovely, couldn’t live without it, but I’m really wishing the days of baby stores and registering with one of those cool scanners was still a thing.

I don’t know what I thought the timeline was for finding out the sex of the baby before I was pregnant. I can’t remember if I thought it was sooner, or if I just thought 20 weeks was quicker than it really is. Either way, it has felt like an eternity waiting to get to my 20-week ultrasound to find out what I’m having.

And I am finding out what I’m having. Some people have tried to talk me in to waiting until birth to find out the gender. But that’s not my cup of tea. As I said before, I’m a planner. I need to know all the details, and not knowing what I am having has been driving me insane – there is no way I could make it until July without knowing.

Remember earlier when I said that once you announce you’re expecting, everyone has an opinion? This is probably the biggest one, and the one that annoys me the most. I’ve already had people telling me it’s a boy. “I’m calling it a ‘he’ already” one said. But if anyone should have a sixth sense about the gender, it should be me, right? Leaving me wanting to know even soon what I’m having and wondering why people can’t keep their opinions to themselves.

I thought I did enough reading and research, and talked to enough people, to prepare myself. In hindsight I could have done more, but there still would have been surprises, because every pregnancy is going to be different. If you’re a mom to be, let me know what surprises you’ve come across in your pregnancy. And if you’re already a mom, and you’ve experienced these things, please let me know what else I should be expecting.

Pin made through Canva at Canva.com